Nominations are considered at each Executive committee meeting, and a certificate is awarded to any successful projects. At the end of each year the Executive committee consider all the certificated projects and an Annual Award is presented to the overall winner at the Society’s Annual General Meeting held in July. In 2006/7 the Annual Award went to Finishing Touches on King Street. Other past winners of Good Marks (for 2006/7) included Rio’s hairdressing salon on High Street, Barton Town Council for the flower beds on Ferriby Road, and Ride a Bike at 36 Fleetgate.

A Green Good Mark has now been introduced in recognition of environmental improvements and for other deserving schemes which may help the environment, reduce waste etc. The first Green Mark was awarded in 2006/7 to Crisp and Fresh greengrocers for its initiative to reduce the use of plastic carrier bags. Other winners of Good Green Marks were Barton Town Council and North Lincolnshire Council for various flower beds and Associated British Ports for the managed re-alignment scheme at Chowder Ness.

One of the more recent Good Marks was awarded to the Friends of Baysgarth Park for their work which received recognition with Green Flag status. 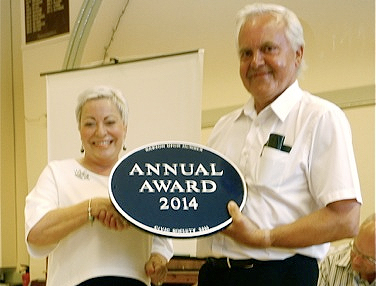 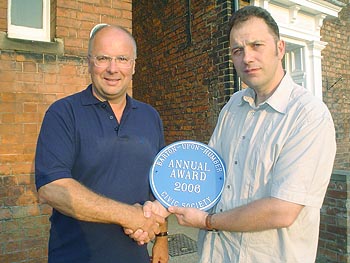 This photograph shows Richard Hatfield of the Ropewalk Co-operative receiving the 2006 Annual Award from the then Civic Society Chairman, Andrew Robinson, in recognition of work at Ropewalk Contemporary Arts and Crafts. 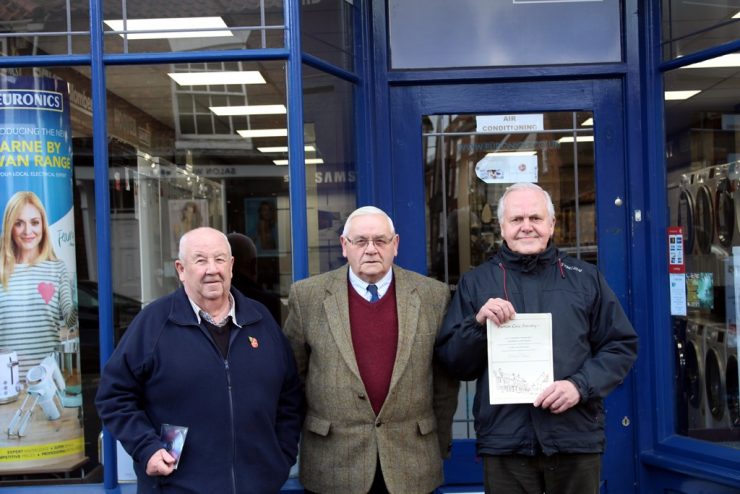 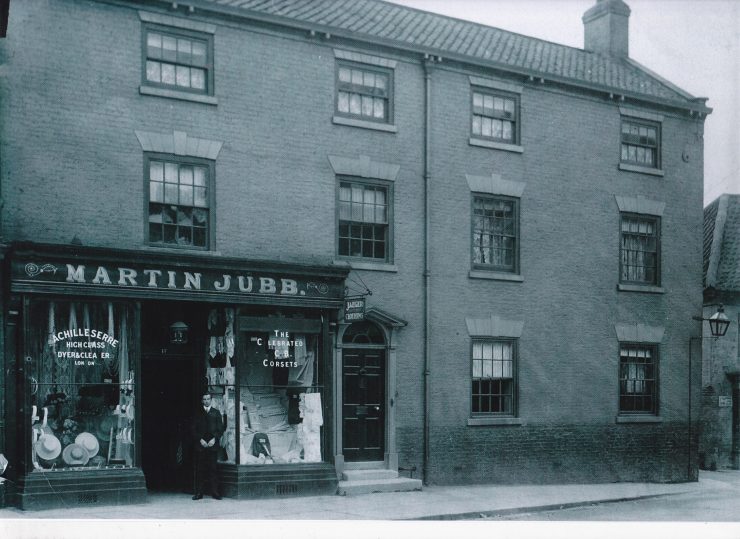 Barton Then and Now

Barton on Humber Civic Society has recently awarded a Good Mark to Laurie Robinson and John Thompson for their compilation of two DVDs about Barton. The first one, “Barton Then and Now”, depicts scenes of Barton shops and businesses several decades ago, accompanied by images of the same location in the present day. The second one, “ Barton’s Past Industry and People”, features scenes of traditional Barton industries, including many of the Hopper Cycle works.

All profits from the sale of the DVDs have been donated to the St. Mary’s Church shoebox appeal.

The accompanying photographs show the award being presented to Laurie ( left) and John ( centre ) by Richard Clarke, chairman of the Civic Society, in front of the current Euronics shop on George Street, together with an image featured on the DVD of the same building many years ago (right).

500 copies of the DVDs were made, and there are now only a few now remaining for sale at Euronics, Micky B’s, The Old Tileworks and the Ropewalk.

A third DVD is currently being compiled for release in Autumn.